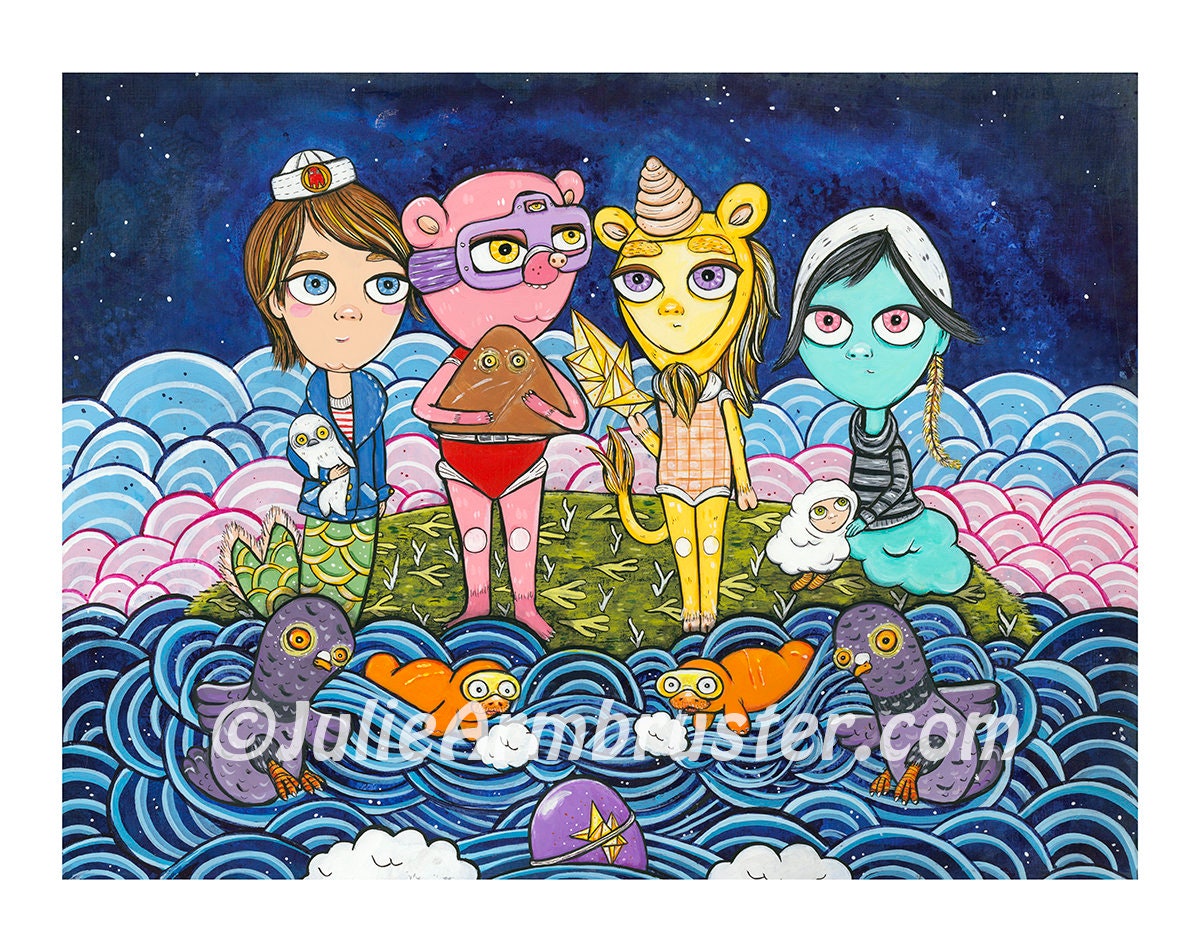 Your print comes in a clear acetate sleeve with foam backing and will not have the copyright watermark.

Four girls unite their unique powers to form a team. Together they seek to right wrongs and help restore and protect the balance of nature.

• Captain Scooterberry: Daughter of the sea, Capt. Scooterberry has always been able to inspire enthusiasm and collaboration. She has close ties to the Evolution Council and uses her imagination and magnetism to bring creatures together.
• Marzipan the Three-Eyed Pig Bear: A reluctant eco-warrior, after having her third eye opened, Marzipan has the ability to speak to the environment. Although often scared of the outdoors, she has no choice by to take action, as her life is filled with a constant, sometimes overwhelming, plea for help.
• Pearl: A late bloomer, Pearl had to learn some hard lessons about respecting freedom and was given the power of double vision from her unpaid interns, the WoodChucks. In doing so, she was imbued with extraordinary sense of empathy. As a young unicorn, she is also able to use the power of the golden crystals to expand and alter the consciousness of others.
• Fiona Slugmuffin: An inventor and master recycler, Fiona has a low threshold for non-believers, nugglers, and dream-crushers. She makes every effort to accomplish the impossible and make it known that limits are never fixed, they are just opportunities to expand further.