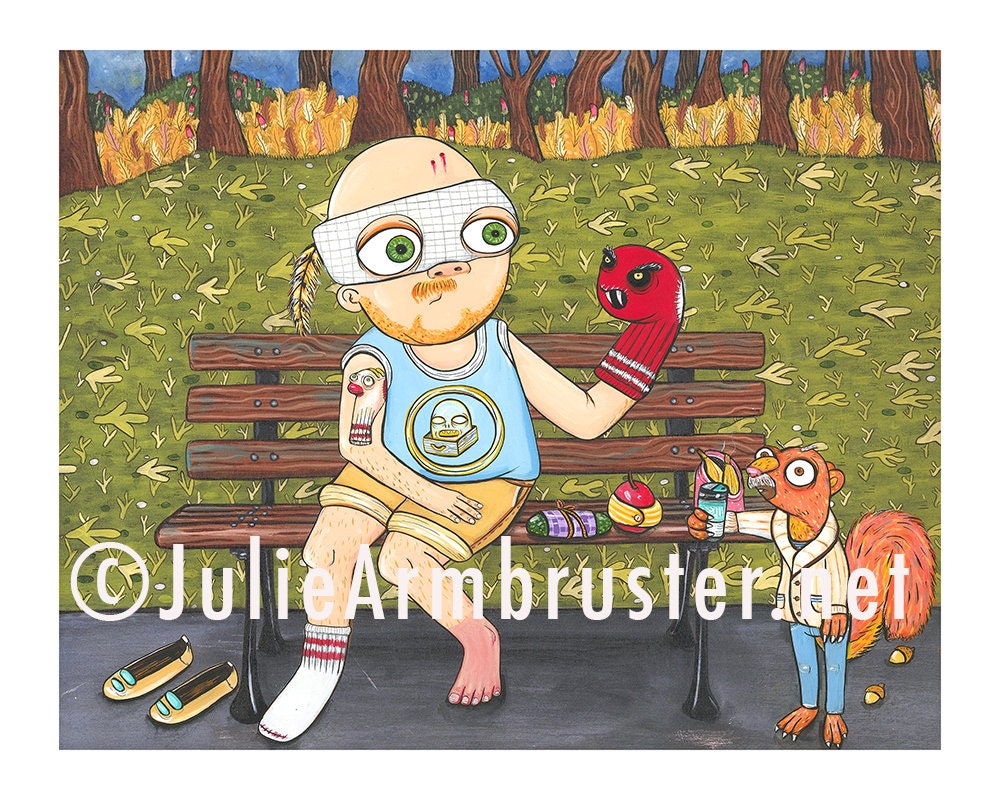 This image features a young man named Felix attempting to overcome the loss of his beloved gym sock puppet, Winkle. Winkle is memorialized in a tattoo on his upper arm. To help with the loss, he tries to branch out and chooses a red sock as his new prop. To his astonishment, the red sock has a different idea about who will be in charge and squeezes his foot to the point of inflammation and then strikes out at his puppeteer with sharp fangs that were not installed by Felix.