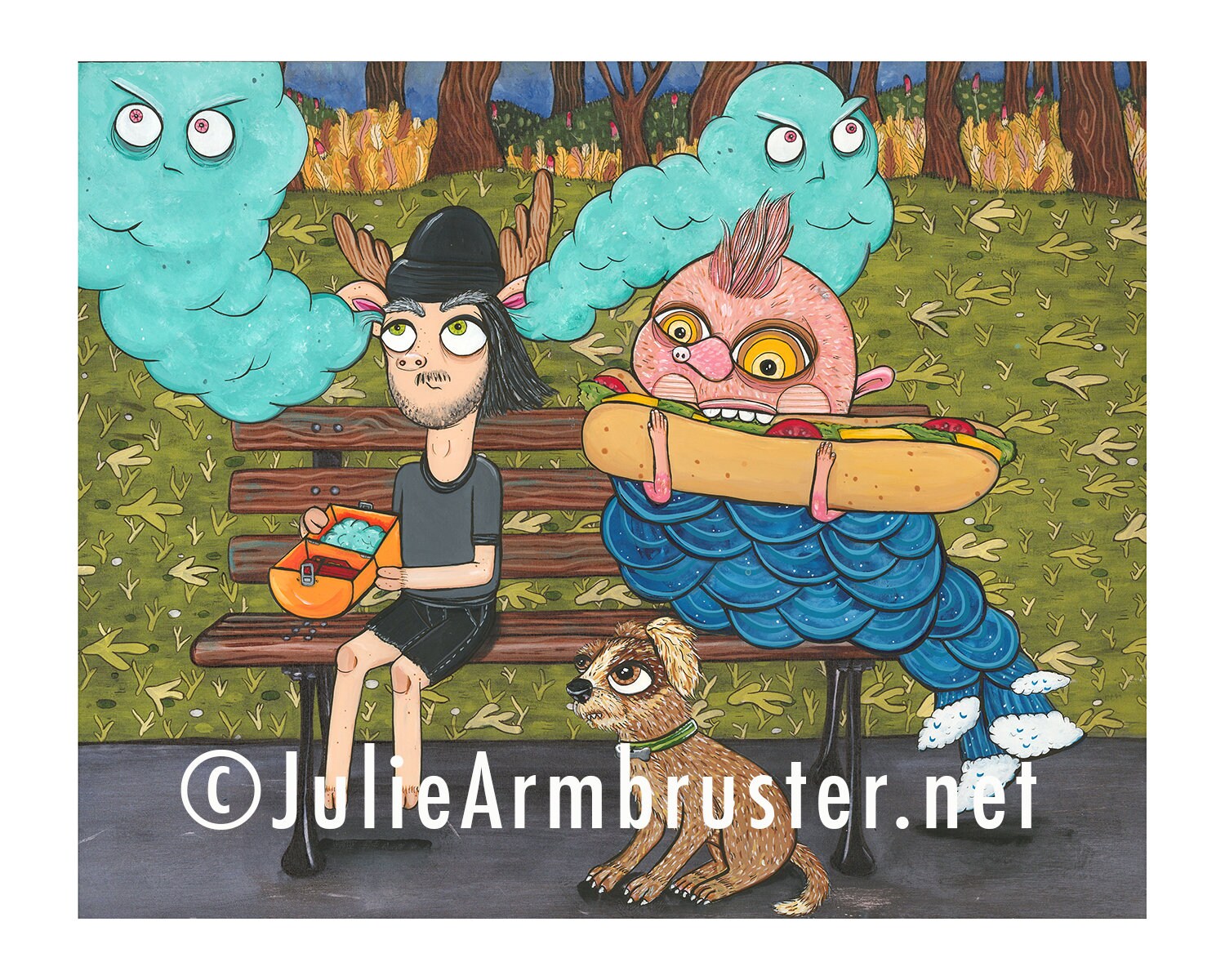 This image features a sweet punk rock deer and the water spirit, Brandabeast. Below them is a stray dog that will later go on to save his adopted owner from a mountain lion attack. His name is Hoagie, but I always refer to him as Hoagie the hero dog. Each one of these lunch buddies is caught in a moment.
The deer keeps fueling himself with the same obsessive thoughts on weather and is unable to actually take action toward his punk rock ideals of rebellion, anti-authoritarianism, and individualism.
Brandabeast is hopelessly in love with his 12-inch veggie sub on a crispy French baguette. He secretly hopes to stay in this moment forever and forgo his responsibilities as a water spirit.
Sweet Hoagie (the hero dog) keeps a keen eye out for a special human who will invite him to join their home and love him forever. Will it be the punk rocker??