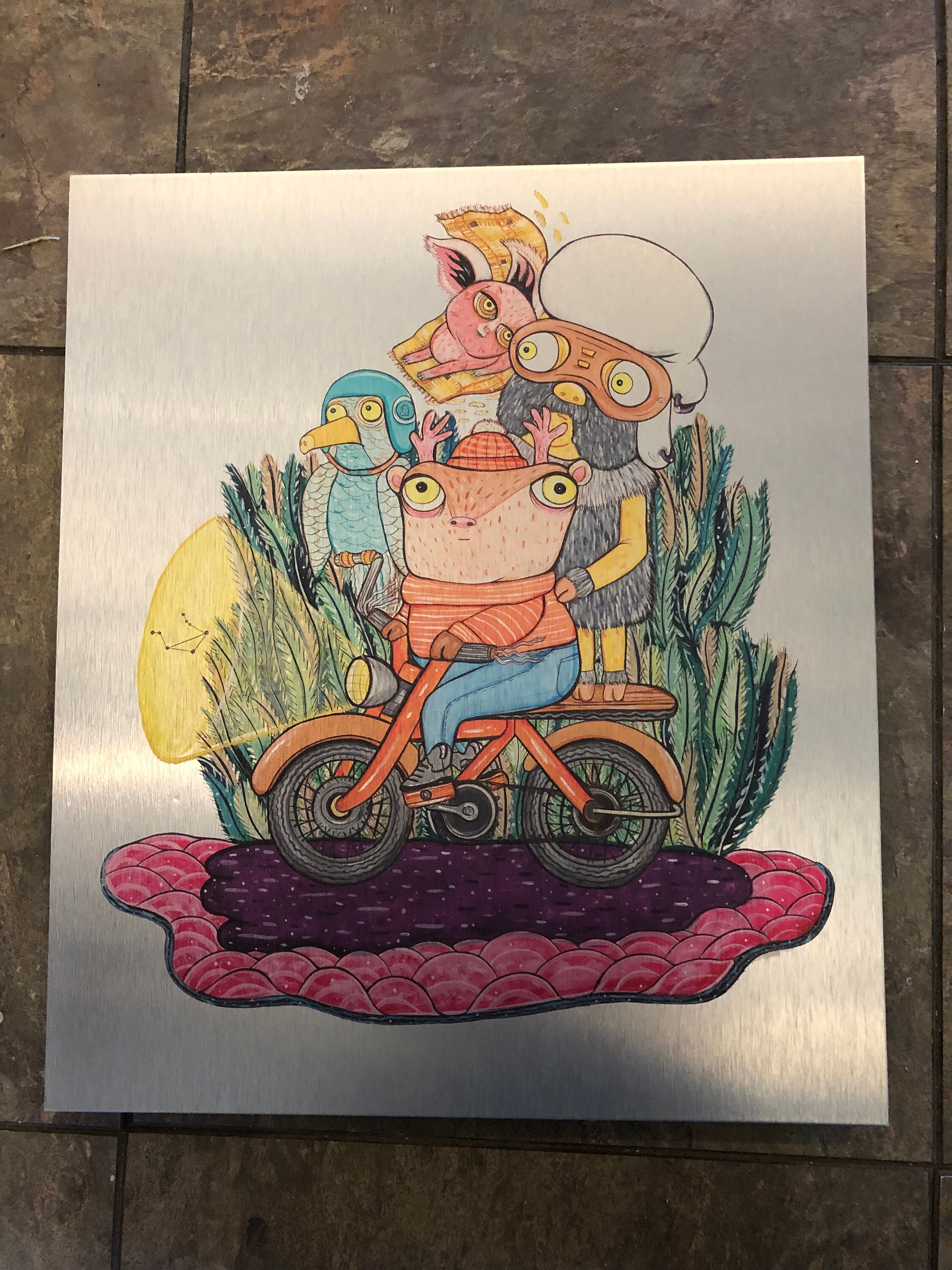 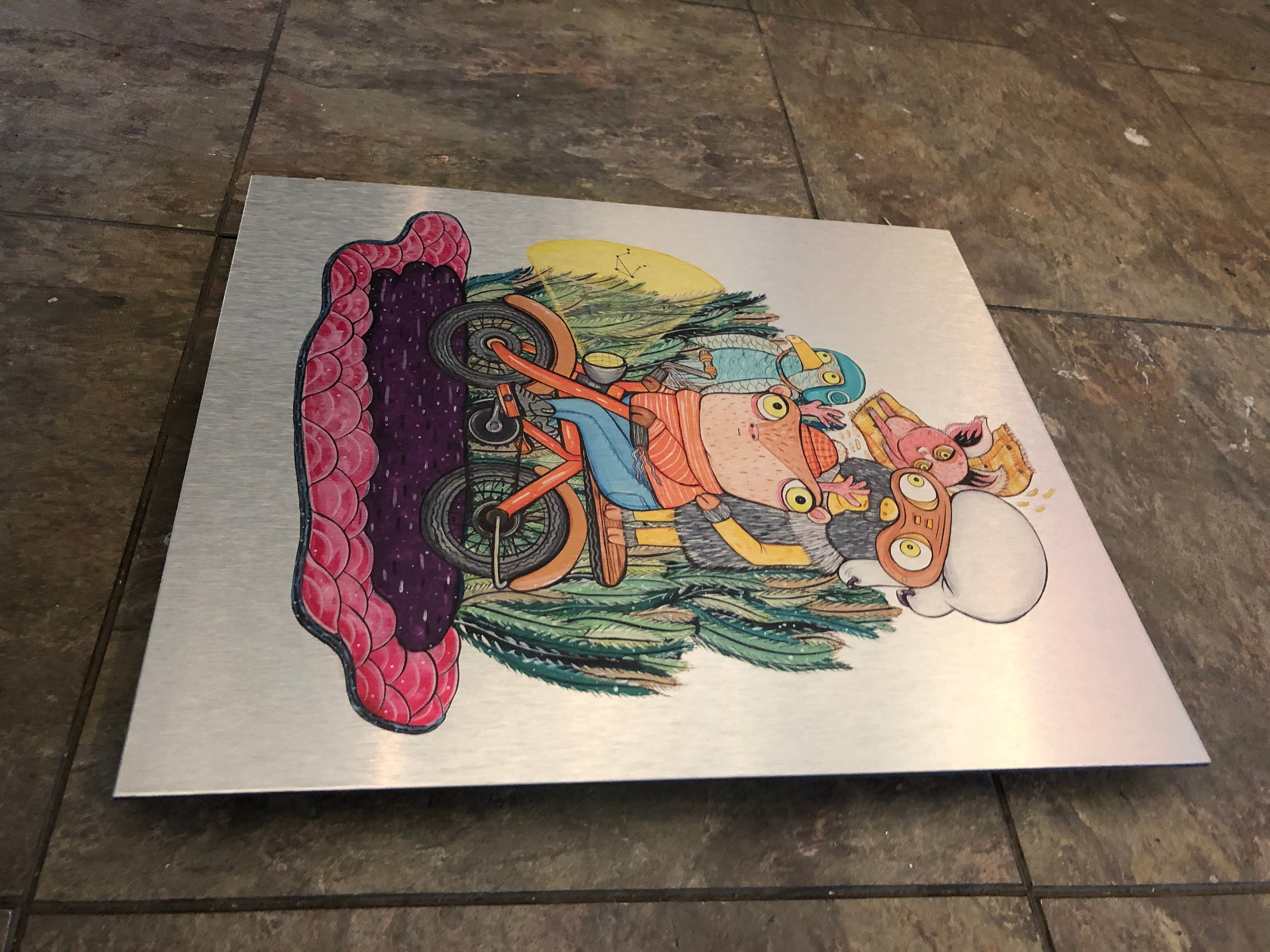 The New Constellation images shine extra bright printed on brushed aluminum. They are sent through the archival Epson printer using high saturation inks. All areas of white in the original image glow silver and shimmer in different reflective lights. Each one is signed and numbered in a limit edition of 50. A backing has been attached, making it ready to hang. The backing bumps the picture off the wall giving it a wonderful floating effect.
Any of the new constellations series can be printed on metal. Please message me for availability.

If you look at the Zodiac constellations on the NASA website, you will see a bunch of circles and lines that have been projected in the imagination of the Babylonians over 3,000 years ago to create symbols and characters. These characters were then applied to human personalities and often used to predict the future. These characters have added to the fantastic world of intuition and inventiveness and continue to be a source of inspiration. I’ve always thought that these pictures were wonderfully farfetched, if you consider what they started with and where they ended up. I’ve often wondered what would happen if I developed the pictures in the sky.
Beginning with a print of the circles/stars in the 12 zodiac configurations, I converted the stars into eyeballs. I then constructed the creatures and environments around the eyeballs.
The original figures were used to tell stories and explain that which was unexplainable. My characters will do the same thing.
I invite you to look at my interpretations and invent your own story.