Double Vision (Pearl and the WoodChucks) 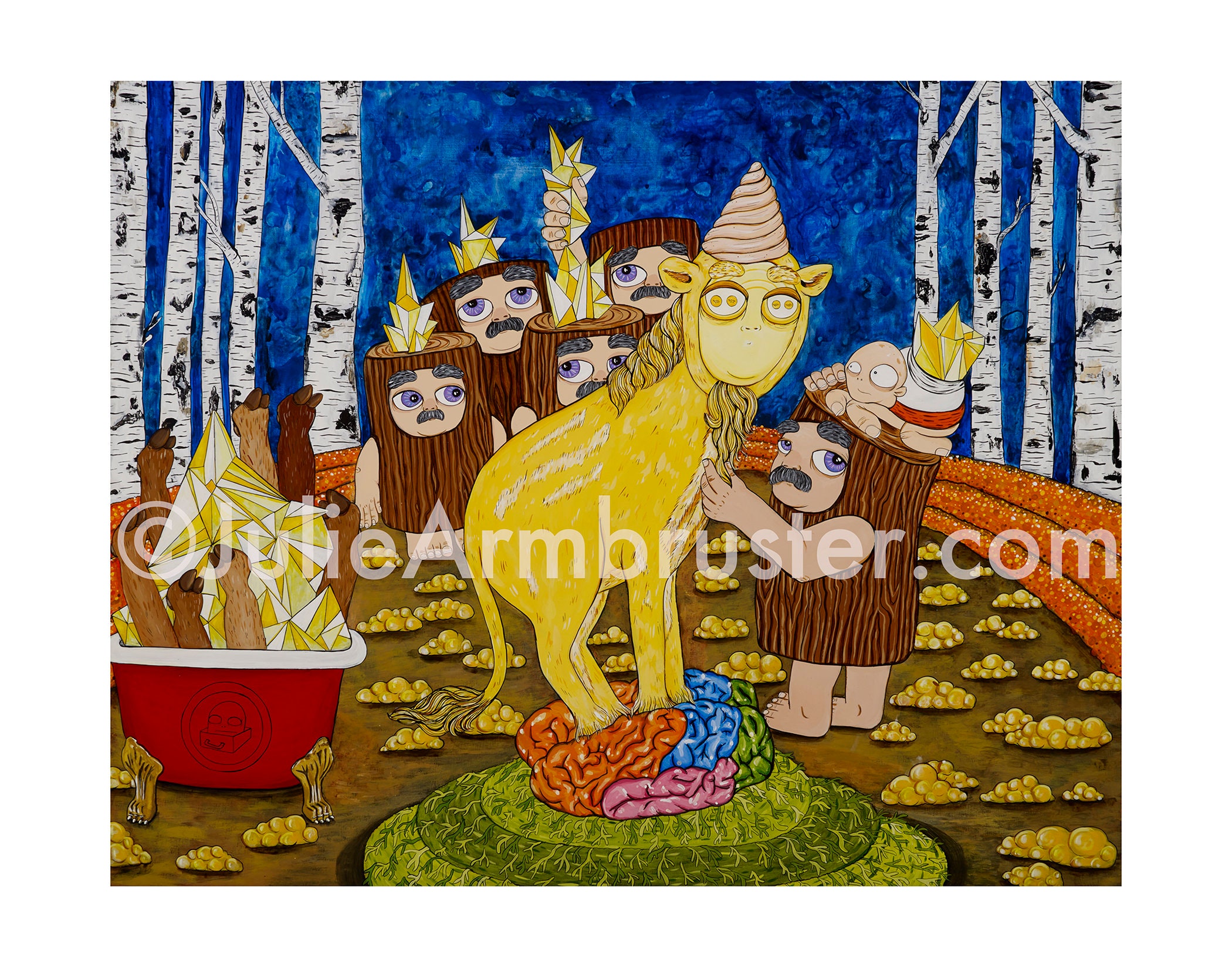 Double Vision (Pearl and the WoodChucks)

Pearl, the golden unicorn, decided to offer the WoodChucks a deal. If they would be her unpaid interns, she would figure out a way to give these immobile log stumps arms and legs. At first, it was an amazing revelation! The WoodChucks would help Pearl with her projects and she would delight in all of the work she could get done. Over time, the novelty weathered. The WoodChucks wanted to have more free time and requested that they renegotiate their unpaid intern status. Pearl was furious at their disobedience and did not take the news well. The WoodChucks decided to lead her to the magical, rainbow eel brain in the birch grove. Once Pearl stepped on the brain, her vision was split and she was able to see the WoodChucks perspective perfectly. From then on, Pearl was extraordinarily empathic and became a crusader for worker’s rights and fairness.